On some occasions publishers have been reluctant to show advertisement in their apps fearing users would leave the game for one of the other half-a-million gaming apps available. This new capability will allow publishers to show ad content to ad receptive audience or entice ad-adverse users with currency sales based on users’ ad behaviors.

When publishers create a content, they will have the opportunity to target users who have converted, viewed but never converted on, or never seen any ads or one of the specific ad types (OW, Video, Interstitial).

When targeting content you have the ability to pick your target based on a range of criteria: 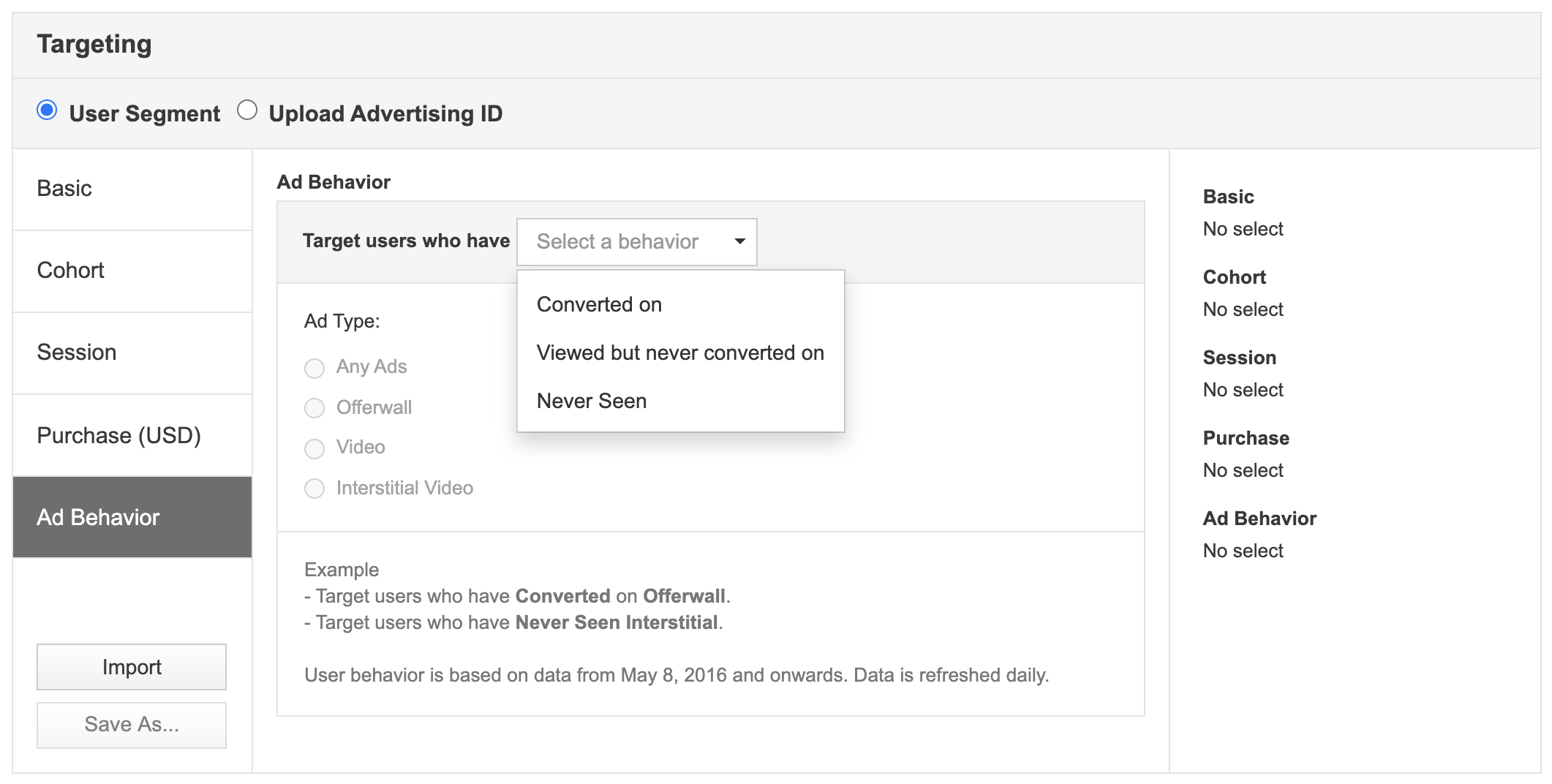 Ad Behavioral Targeting is available to all content types, including Push and Push to Earn.